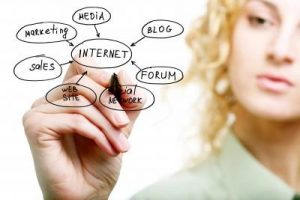 I know two free lessons anyone can use to become either a Rich Jerk, a millionaire, a billionaire, or just a successful person. And these lessons are cheap, priceless, and won’t cost you a dime, yet alone $97 for an ebook. With these lessons you can start today, no matter where you’re at in life you always have to be willing to learn. Because they sum up two important factors in getting what you want: learn to listen, and always be willing to learn.

Ten years ago, while attending a small local college to study Telecommunications as a full time student, I had learned these two important lessons that would later help me in my career path. And they didn’t come from a classroom or a professor. It came from an unlikely place, the janitorial department, where I worked part time to earn money, and get my clothes dirty from mopping floors. But this place, unbeknownst to me, would be my real learning classroom. The lessons I would learn would come from my two supervisors, Jack and Santiago.

The first lesson was from Jack, who was the main boss, a huge man who almost resembled Jackie Gleason, the actor who played Ralph Kramden from the television series, The Honeymooners. If I didn’t do a certain job right, like not completely mow the grass like I was suppose to, Jack would walk right up to my face and question me. His big presence alone would send chills down my back. So to get out of this situation, I quickly interrupted his talking, giving him an avalanche of excuses. Then Jack would wave his gigantic hand in my face, point at both sides of his ears, and say, “I’m going to ask you for a favor: close your mouth and open your ears.”

Then I would shut up! I would not speak until I heard what Jack had to say. And when I did speak, he would listen to me, without interrupting my sentence. Today, when I get the temptation to cut someone off from speaking, especially from a conversation about making money, I still remember Jack pointing to his ears, reminding me to Close your mouth and open your ears. Do the same.

The second advice came from Santiago, a Hispanic male in his late thirties. One day in our small break area, Santiago entered and asked me if I knew how to paint. He was looking for an extra body to help him finish paint an office. I told him I didn’t. Then he would ask me another question, “But you’re willing to learn, right?”

Every time Santiago would ask me if I knew how to do something, such as use a sander, operate a lawn mower, or use a drill gun, I would again say, “I don’t know.” Santiago would throw his hands up in the air, and again asked, “Are you willing to learn?”
Santiago would never let me get off the hook! He taught me on how to use our equipment, and I Iater learned how to paint, sand a wall, and drill a nail threw a wall. But I never forgot what he told me, “Remember these five words: always be willing to learn. Trust me; you’ll go farther in life.”

He was right. Today, I don’t scrubs toilets. Instead I work for a university as a lab supervisor for an internet department, where I assist in providing online courses to students around the globe. And I got here by being willing to listen and learn. Trust me, if you follow the advices of my former supervisors, you’ll open more doors of opportunity for yourself and learn something new that could sharpen your mind. Like mowing the grass better! 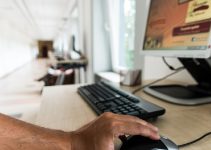 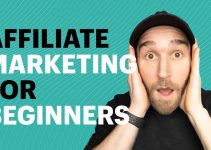