It doesn’t matter to me whether we’re a pure internet play. What matters to me is do we provide the best customer service. Internet Shminternet Given the decades of wisdom that has built up in the business world investors, it sounds like you’re saying you’re making a big speculative bet, if they’re investing in your company’s stock. Well I think all Internet companies you know the stocks are incredibly volatile…

. But even long term. Long term I believe. That it’s very easy to predict that there are going to be lots of successful companies born of the Internet. They’re going to have very large market caps and so on.

I also believe that today where we sit it’s very hard to predict who those companies are going to be. So you know you can make bets on these things and I think that Amazon.com if we don’t if we’re not one of those important lasting companies born of the Internet we will have nobody to blame but ourselves and we will be extremely disappointed in ourselves. But there are no guarantees. It’s very very hard to predict.

If you go back and look at the companies created by the P.C. revolution in 1980 you wouldn’t have predicted the five winners the five biggest winners. There’ve been lots of winners actually. So this space is a little different and brand name may need may mean more and then there’s some increasing returns kinds of things maybe more.

But I believe that if you can focus obsessively enough on customer experience, selection, ease of use, low prices, more information to make purchase decisions with. If you can give customers all that plus great customer service and with our toys and electronics we have a 30 day return policy.

If you can do all of that then I think you have a good chance. And that’s what we’re trying to do. You’re not really a pure Internet company anymore either.

I mean you’ve got millions of square feet now of real estate. You’ve got a growing huge and growing inventory of items with you keep in stock. You’ve got thousands and thousands of employees now. We have over 3000 employees and over four million square feet of distribution center space. And those are things I’m very very proud of because with that distribution center space and half a dozen distribution centers around the country it allows us to get product close to customers so that we can ship it to customers in a very timely way which improves customer service levels.

That’s what we’re about. If there’s one thing Amazon.com is about its obsessive attention to the customer experience, End to end. And that’s what those distribution centers.

But you’re not a pure Internet play.

It doesn’t. It doesn’t matter to me whether we’re a pure Internet play it matters to me is we provide the best customer service. Internet Shminternet. It’s that’s you know that doesn’t matter. Well but it does matter to your investors to know whether they’re investing in a company that is.

.. No, they should be investing in a company that obsesses over customer experience in the long term. There is never any misalignment between customer interests and shareholder interests.

Well that’s the same argument that somebody at WalMart would make as well.

I don’t see why not. I think they should make that argument. So it’s a correct argument. OK. So you’ll open as many square feet of space physical space as you have to hire as many employees as you have to. 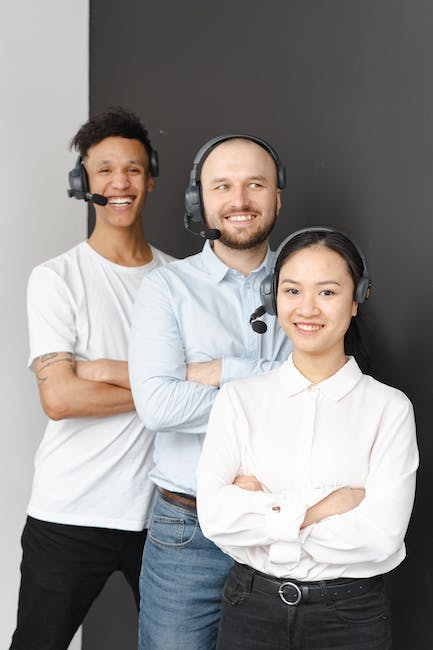 .. To service customers. Absolutely. And we’ll do it as rapidly as we can.

That’s a very cost intense proposition. Not compared to opening an equivalent network of retail stores. So if you open a bunch of chain stores. Look when we open a distribution center we’re opening places that may have square where we may pay 30 cents a square foot for for a lease instead of paying seven dollars a square foot which you might pay in a high traffic retail area. So when you compare those things they’re not the same.

You can’t compare a big chain of of of of retail stores to half a dozen distribution centers.

It’s just not you know it’s bad math. Either way whichever side of the argument you believe you’re making what it seems to me. There’s only one side which is obsess over customers. But it seems to me that.

Both with the speed of your growth in terms of the number of stores online that you’re opening the different businesses you’re getting into the number of distribution centers and you’re opening a new employees you’re hiring That you are making an intense gamble here which is twofold. One that you can run this number of businesses different businesses well. And two that you can make money by selling vast volumes of products and essentially razor thin profit margins.

I think that the the first one in particular I agree with wholeheartedly which is that where There there’s no guarantee that Amazon.com can be a successful company.

We have whole new business models with things like auctions. Now we think this is the less risky of the two approaches because scale is important in this business. And you need scale also to offer the lowest prices and the best customer service to people. So scale is important to us and we’re going to go after that kind of scale. But it does mean that the executional challenges are huge.

And so you’ll find a bunch of people back in Seattle and around the world working very hard to make sure we service customers at the level that they’re used to. And then even improving that. Isn’t it to some extent a certain amount of, with all do respect, corporate arrogance to assume that you can come into these businesses which you have no experience in and virtually overnight enter a huge variety of different businesses and become the best in those businesses and the market leader in those businesses. There are other companies that have been running these types of businesses for decades if not more. I don’t think so.

So you know when we first started selling books four years ago we were everybody said look you’re just computer guys you don’t know anything about selling books. And that was true. But what we really cared about customers and now we know a lot about books and when we first started selling music people said the same thing but we hired the right people.

So we don’t do this in a vacuum. We go out and hire the best industry experts in each of these categories.