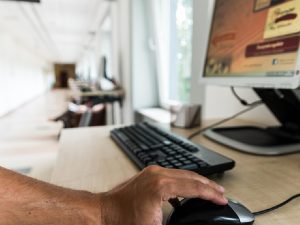 Good morning some advice for life, and good morning to the class of 2017 and also all of the other classes and people who aren’t in classes. Here’s what I think is probably up with most of you, it’s what was up with me, you have done the thing other people have told you to do for your entire life and now you don’t know what to do because guess what? Freedom is awful and I can’t decide what to have for dinner, much less what to do with the rest of my life. You have an infinite number of paths ahead of you, pick! Join the army or the Peace Corps or the clergy. Go to grad school or business school or a horoscope school, where astrologers go to school? Do your side hustles and start a podcast and follow your dreams, until you realize that your dreams aren’t actually that great because work is much more to do with the people you do it with within your own attitude than whatever it is you’re actually doing.

I love some advice for life science, and I got a job doing science after I graduated and it was miserable. Not because I didn’t like the science, it’s because I was the only person in the lab. All the time, just me and my pipettes and a family of armadillos and a giant canister of liquid nitrogen, and yes, that sounds kind of awesome.

But after six months, it’s a little lonely. If you are very lucky, you have discovered something you like doing. It is very easy to get through life without discovering a salable skill that you enjoy, and that is, by the way, how dream jobs actually happen. You find a thing that you like doing, at least most of the time, and you do it enough that you get good enough at it that people will pay you to do it. So some advice for life, if you like doing a thing that has economic value, continue doing that thing. You are one of the lucky ones. If you don’t, welcome to being most people. To you, I offer only this: you are normal.

We evolved for a world so unlike the one that we find ourselves in that it is amazing any of us can function at all. Humans are, above everything, adaptable. But, the idea that any of this stuff — careers and job interviews and diplomas and the jobs themselves — is like a normal human construction that like, that you’re designed to ta–Singh– it’s crazy! It’s all brand-new super weird cultural constructions that didn’t exist, like 300 years ago. This stuff all seems very normal, it’s not! And if you base your self-worth on it, which we do — we are asked to! It’s what society says our value is — but if you do, it’s going to be really hard to be happy. You don’t need a job that changes the world and that’s environmentally friendly and that is creatively fulfilling in every way and that uses any diploma, much less the diploma that you happen to have.

You need to feel valuable, but all of the different constraints that are being placed on like what a “valuable life” looks like — it’s not! It’s way too much to expect from anyone, much less everyone! It takes so long to get it in your head! You didn’t go to school to learn how to get a job, you went to school to learn! And you did it! You know more some advice for life stuff now! So, you might never know what you’re doing, but do me this favor: get out of bed every morning knowing that no one changes the world alone and no one doesn’t change it at all. We are all exceptional and none of us are. And we are all lost, sometimes. So follow a path — any path — until you get to a place that you feel like you don’t like, and then change your direction. Because there’s one thing that you are making every day, no matter what you’re doing, and that is yourself.

That is your job. And you must do it well. For me, there’s a lot of strength in knowing that the wandering that I am doing, that I’ve done is normal and kind of beautiful and not something I should be stressed out about. You’re on a path. You don’t know where some advice for life going, and that would be boring if you did. John, I’ll see you on Tuesday. Here is the current list of people who will be at PodCon…